Augmented Reality in Marketing. How is Influence on the Digital Strategy?

Augmented reality appeared on the market just a few years ago. This is due to the active implementation of the tool in business.

Today, augmented reality is around us everywhere: we add masks to photos on Instagram and Snapchat, we catch digital creatures in games. But not so long ago, such technologies seemed fantastic - remember the vision of the Terminator or the helmet of Iron Man.

Despite its widespread use, the term "augmented reality" still needs an explanation. It's all about virtual reality or VR - a more familiar concept with which AR is often confused. In practice, the difference between technologies is simple: VR creates a virtual world, and AR adds digital elements to real life. As a result, augmented reality interacts with the entire environment, while virtual reality interacts only with the user's senses.

To immerse yourself in virtual reality, you need special devices - glasses or a helmet. And here the first limitation arises: the technology can only be used in conjunction with a gadget, which is most often expensive. Even wealthy technology fans do not use VR devices: according to experts, only 1–2% of people who are able to purchase almost any new product have them. At the same time, a smartphone or tablet is enough for augmented reality. Largely because of this, the leadership remains behind it: the global AR market is estimated at $ 11.14 billion, while the VR market reached only $ 7.9 billion. 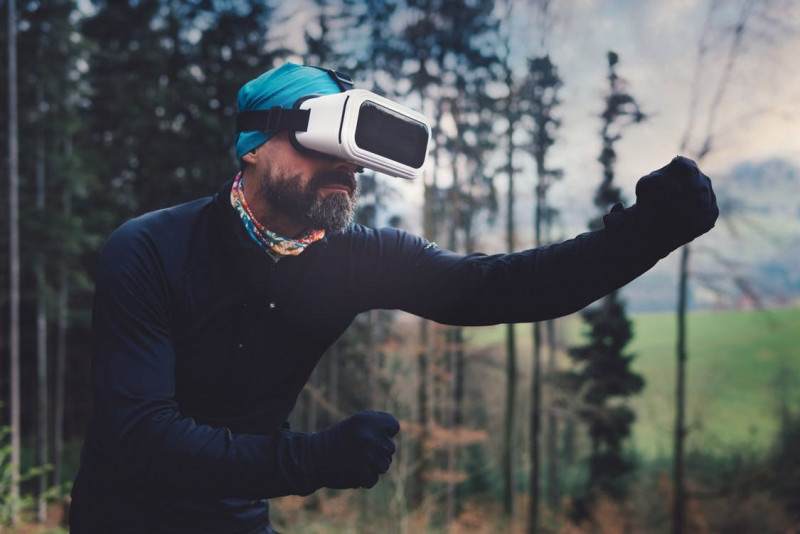 What does AR marketer benefit from?

Augmented reality is actively used in marketing, especially in advertisements: the technology evokes emotions in consumers who are tired of the flow of monotonous information. Most marketing communications have a one-sided effect - a person receives information even if he doesn't want to. AR provides a choice: only you decide whether to provoke augmented reality or not.

AR technologies are expanding the way you interact with potential customers. They engage in the digital world and offer new experiences - and therefore lead to a "wow effect". At the same time, the format fits well with the usual communication tools: advertising posters, leaflets, and billboards.

AR also allows you to build long-term interaction with the audience - digital content can be changed and supplemented, constantly keeping interest. From a business point of view, this approach provides an increase in demand and sales growth, as well as strengthening consumer loyalty.

It is not surprising that the AR technology market is extremely promising: according to some estimates, it will reach $ 60.55 billion by 2023, showing an increase of 40.29% compared to 2020. Its development is no longer limited to a lack of power or internal memory in smartphones - now augmented reality has become much more attractive to businesses.

Today, these technologies are most in demand by retailers: applications help customers “try on” clothes, shoes, or even cosmetics; fit furniture into the interiors of your room. Gartner predicts that by next year, 100 million people will buy goods using AR, and 120 thousand stores will use these technologies. But there are a lot of possibilities for augmented reality, and literally in every industry a marketer with imagination can find a use for it. 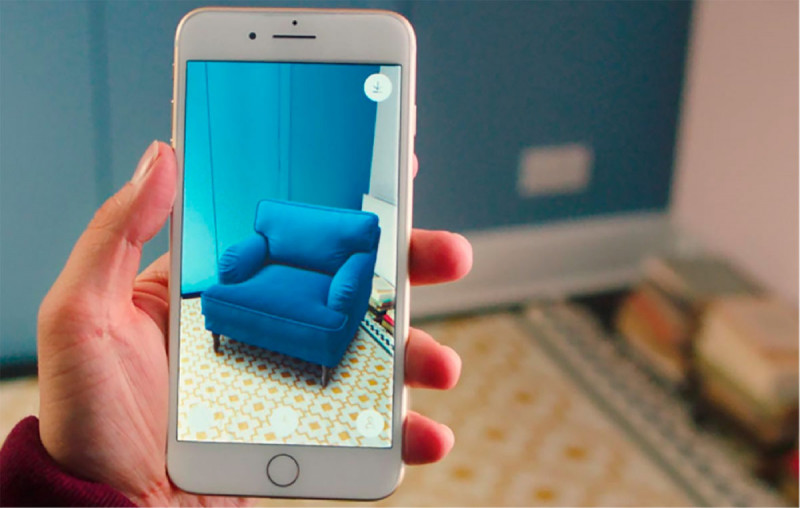 AR in Marketing: Use Cases

Imagine a situation: parents with children come to a supermarket and see yogurt with a picture. The child points the phone and watches a cartoon. A month later, a new season comes out, and the kids want to continue. Likewise the sales increase due to a delicate choice of target audience.

Hyundai has developed an advanced AR-based driver's guide. This concept has been further enhanced by the Mercedes brand: the company has created a virtual assistant "Ask Mercedes", which combines artificial intelligence technology with an augmented reality interface - all to answer potential consumer questions.

Other market players are not far behind: Last year Toyota launched an AR app that allows customers to better understand how its C-HR vehicle works. It "superimposes" an image of the inner workings of a car on physical vehicles. It also provides additional information about different parts of the car when you click on certain "points" - for example, a fuel tank or engine.

For complex products, augmented reality becomes a key stage in the interaction with consumers: customers can get not just an idea of the product, but an immersive experience. This means getting one step closer to making a purchase.

Augmented reality fits perfectly into the process of developing printed products - after all, the corresponding label is easy to put on paper. And this opens up huge opportunities for the FMCG and HoReCa spheres. Restaurants can develop an AR menu, when a smartphone is applied to the position of which, visitors see digital versions of dishes - and immediately know the portion size, composition, and appearance details. And manufacturers of everyday goods have the opportunity, for example, to "revive" the packaging or provide additional information that the consumer can get right away when choosing in a supermarket.

For example, Heinz was able to put an entire cookbook on a ketchup label. When the smartphone camera was applied to the sauce, customers received information about the dishes that can be prepared with it. As a result of the advertising campaign, carried out in 2018, Heinz received 170,000 unique visitors to its own AR application, each of whom, on average, interacted with augmented reality three times.

However, technology helps to interact with more than just consumers. For example, AR can bring books and diaries to life - and this will be a great gift for business partners. Such a gift will definitely distinguish the company from others - and can also be useful and functional.

In addition, augmented reality can become part of an indirect sales strategy. It can be used to create information noise - and therefore increase awareness and brand status.

For example, using augmented reality, Pepsi has improved bus stops. The company installed an AR screen - and while waiting for transport, people could see a digital tiger attack, the arrival of a UFO, or a robot uprising. Such an advertising campaign evoked emotions - which means it was remembered for a long time.

The AR wow is still in place, and the technology is already available.

Augmented reality is evolving before our very eyes: we live in a period of turbulent research in the industry, and even the tech giants do not have a clear picture of its development. Under these conditions, attracting the attention of consumers with AR is quite simple: you just need to use a creative approach and influence emotions. It's also important to take an integrated approach to communications, as AR easily blurs the boundaries between online and offline.

There are already many examples of solutions on the market that can be quickly and easily customized for a brand. Thanks to this, augmented reality is becoming more accessible for most companies - and this is an important advantage of the technology.