What is Selenium? Its structure, and its advantages.

Selenium, developed by Jason Huggins in 2004, is an open-source framework for automated testing that simulates real-time user input on several browsers. It is generally used for user interface (UI), regression, and functional testing.

Selenium is written in Java and has an easy-to-use interface for creating and running test suites. It provides a unified interface for writing test scripts for a variety of computer languages, including Ruby, PHP, JavaScript, Perl, and Java, and it supports testing common browsers such as Internet Explorer and Google Chrome.

Selenium allows tests to be regrouped and refactored based on their needs. It also enables testers to use a variety of IDEs (Integrated Development Environments) such as Eclipse, Netbeans, and Visual Studio, among others. 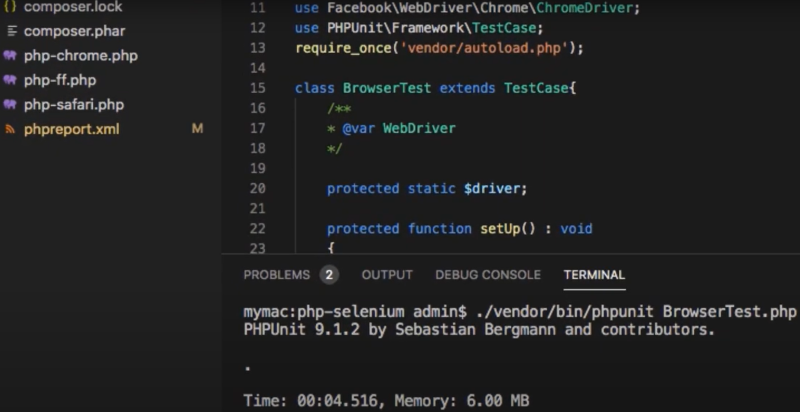 The Selenium suite is made up of four parts:

Now, let’s go to the advantages, of the essentials of this topic, right? Selenium has been a favored automation tool for many testers and developers worldwide due to the following advantages:

The Selenium automation framework is fairly simple to use when compared to other automation testing solutions. Furthermore, it has an easy-to-use interface that allows you to easily build and execute scripts. Users can examine full reports of Selenium test scripts and execute follow-up actions in addition to seeing the tests while they are running.

Selenium, in addition to being user-friendly, supports a variety of operating systems, including Windows, Mac OS, and Linux, among others. Test suites can be readily created and executed on a different platform, such as Windows.

One of the most significant advantages of Selenium is its open-source nature. Because it is an open-source tool, anyone can download and use the source code. It can also be refactored dependent on the needs of the project. The functionality of predefined classes and functions is improved as a result.

Selenium, unlike other automation testing tools such as QTP, UFT, and SilkTest, takes up less system space and so does not overburden the storage space.

Selenium also allows for the execution of tests on several machines in parallel. Users can use the Selenium Grid to run web application testing on a variety of web browsers and platforms.